The 59-year-old Belgian pilot of the Dyn’Aéro MCR-01, registration OO-D51, safely departed from Calais in France. The aircraft itself has suffered severe wing damage but marvellously the pilot in command walked away with only minor injuries.

The current information on this particular aircraft crash is still unknown, but some sources suggest that the 59-year-old attempted an emergency landing in Winsford but due to the typical British weather and the airfield having a grass runway, dug in on touchdown and as a result crashed due to the wet and muddy grass.

The CAA have been informed by Cheshire police who will launch an investigation. A report is usually published three months after the incident. 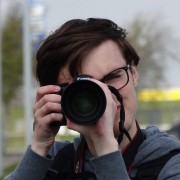 Ambulance given parking ticket outside Tesco